The NFL Week  #3 and sometimes week #4 are good for bounce-backs with teams that have struggled, and it's also good for some regression in teams that started off well.

There is  line value in the public's over-reaction to early season wins and losses, in other words.

All of these are home teams which I think is important at this point in the season.

All of these match ups have some element of expecting a bounce back in performance...or going against an opponent off of a big win, or both.

I still recommend caution..keep your wagers small is my recommendation. They are still just guesses until we run the System Picks.

It may be safest to play all of them to spread out the risk...just keep your wagers smaller than what you would bet on with the system picks.

Good luck to us.

It's not too late to sign up for the NFL & NCAAF All Inclusive Package. We are just getting started in the next week or so after we get a few more stats to work with.

Sign Up Here and it's still only 29.99 for the 2016 NFL/ NCAAF All Inclusive Package: https://www.paypal.com/cgi-bin/webscr?cmd=_s-xclick&hosted_button_id=2Q5KMLSWY7DHJ

The Package is guaranteed to win positive units in total, or the next season is free.

"NFL 2016" Contrarian NFL Thoughts and Ideas on the Tennessee Titans 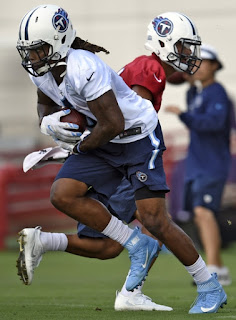 I'm a statistical "Systems" and situational sports handicapper...for the most part anyway, which means the first part of the season is generally reserved for watching and waiting for statistics to build up on each team.

While we wait for that to happen it might be fun to try out some thoughts and ideas for possibly finding some other angles on the 2016 NFL season.

One idea I've had is contrarian thinking on the NFL now being a "Passing League". There is no question that is has become one...but are teams now going too far?...and possibly over reacting to the point that it can be exploited by a good running team?

I think it's a fun idea to explore and if we happened to find something to exploit that way...we would be a couple of years ahead of the curve before others would catch on.

This may not work, and it doesn't matter. You can't ever be afraid to challenge the status quo, stretch your mind and opinions and go against the grain sometimes. Or at least I think so anyway.

Along these lines, I'm wondering if there will be opportunity this season with the Tennessee Titans, in particular. Perhaps other teams will also come to mind as we do this.

Tennessee is not considered to be a very good team and Las Vegas has their Wins O/U at 5.5

I'm not so much concerned with wins but of course we are interested in over performance and covering the spread.

Tennessee is in a good spot to "possibly" surprise people this season if they can dominate with their run game. The offensive line has shown some signs of improving and being on the upswing this preseason. Coach Mularky and the GM have stated they are committed to building a physical run based team.

This looks like something to keep a close eye on to me.

I haven't even mentioned the Titans running backs of Demarco Murray and Heisman winner Derrick Henry who looks like a beast so far in preseason action.

We are going to track this here all season with follow up articles.

However...the first week of the season has Tennessee vs. Minnesota and the Vikings have one of the top run defenses per Cold Hard Football Facts statistics from last season...and I do happen to love their statistics.

For week # 1 we'll just watch and see what happens. But we will be taking a close look at the weekly matchups and see if there is anything to my idea when we come against a poor run defense.

NFL Preseason 2016 Notes and Wrap Up. What Can We Learn?

Looking back on the 2016 NFL Preseason what are some of  the take aways? What can we learn  and maybe use for next season to form a template and hit the ground running?

Dogs seem to do best the first two weeks of the Preseason and it makes sense as nobody can analyze what is going to happen anyway, when coaches are evaluating their teams rather than game planning or scheming to win. Getting the points on games that are anybody's guess ...or a coin flip if you will...seems logical.

Week # 3 is the week for dress rehearsals and things change. We did well with our analysis here and I laid out the simple method for picking the Chiefs winner in two articles:

Not really much to go on there, but then realize that the Week #4 Over/ Unders were 11-5-0 68.75% UNDER this season, and looking back to 2015 were 10-6-0 62.5% UNDER for NFL Preseason Week #4. Something to consider next season and again it makes some sense if defense is ahead of offense at this point of the season, as the saying goes anyway.

Preseason Game Plan and Template for Next Year
1. Consider Dogs the first two weeks of the Preseason. Playing all of them with small wagers as a volume system may capture units. Probably not every year, but over time it may have a dog bias.

2. In Week # 3 of dress rehearsals follow the plan in the two handicapping articles listed above. Basically look for QB/bench mismatches and coaches comments on long playing times for established starters vs. a team not doing that or with injury problems or a shallow bench.

3. In Week # 4 of the Preseason , as outlined above, we should take a look at playing Unders if the linesmakers continue to shade the lines too much to overs.

That should just about do it for our look at the 2016 NFL Preseason.

You have to start somewhere, and this was a first in a series of "Handicapping 101" methods for the "MisterMJ Way".

For the regular season I will show you how to use Statistics Tables to track various statistical elements of the NFL game to use as part of a handicapping method I call the "10/10".

We'll start getting into that in the weeks ahead.

Sooner or later...you may want to subscribe to the NFL/NCAAF All Inclusive Package to receive my most advanced Systems Picks delivered weekly by email.

Sit back relax...just let me do all the work.

Sometimes we strike gold, last year we did pretty well, not golden but pretty darn good.

Last season the NFL/NCAAF All Inclusive Package was 20-14-1 58.82% ATS combined for the paid subscription picks including NFL Playoffs and College Bowl Games.

Sign Up Here and it's still only 29.99 for the 2016 NFL/ NCAAF All Inclusive Package: https://www.paypal.com/cgi-bin/webscr?cmd=_s-xclick&hosted_button_id=2Q5KMLSWY7DHJ


We hit our NFL Free Pick last week with Kansas City  and we have a decent shot again this week with the Green Bay Packers as +3.5 point dogs at Kansas City.

Trying to handicap NFL Preseason games is challenging, but suppose there are some details that might sway things our way? 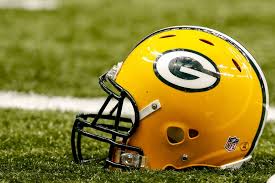 Realize that the  Packers have won four of their last five preseason finales, according to Packers.com.

I think it's fair to say that McCarthy plays to win while evaluating Packer teams that have been very deep in talent, and this particular team is the deepest, maybe ever, which means there may be an advantage against Kansas City later in the game playing scrubs vs. scrubs.

From back up QB's to the back end of the Wide Receivers, Offensive line and Defensive backs, Green Bay is loaded. Even their scrubs should play a competitive game and many of the cuts will make other teams 53 man rosters.

Over the last two years, Green Bay has outscored its opponents, 72-24, in Week 4 of the preseason, according to Packers.com.

Andy Reid is 6-11 in game # 4 of the Preseason during his coaching lifetime. He seems to let his foot off the gas a little bit in game # 4.

I suggest caution and wouldn't wager very much on a Preseason game, save it for the regular season because that is when we rack up the units with proven handicapping systems.

And sooner or later our System Picks find gold, and have one of those magical blow out seasons to remember.

Which is why you should consider signing up for this years NFL/NCAAF All Inclusive Package because it's still guaranteed and it's still just $29.99. And we did a pretty good job last season, not magical, but pretty good.

Sign Up Here for the 2016 NFL/NCAAF Picks, and it's still only $29.99 For the All Inclusive Package: https://www.paypal.com/cgi-bin/webscr?cmd=_s-xclick&hosted_button_id=2Q5KMLSWY7DHJ
----
Free Pick

Good luck to us.