Look for more content and more "how to" handicapping articles here in the future. It's time to give back, teach and share over a decade of lessons learned in this "art" of sports handicapping. 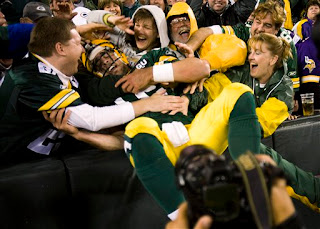 Preseason NFL betting is often maligned and looked down upon by many as either stupid, crazy, undisciplined, degenerate or whatever.

I used to think that myself. I'm now of the opinion that there are opportunities to carefully exploit and it's a good warm up for the regular season. I would never go too crazy with it, but let's look at some easy, simple, and often profitable opportunities that present themselves year after year.

Namely what I like to look at in week #3 of the Preseason is for coaches that use this week as their dress rehearsal for the regular season.

In the past couple of years there has also been a break from this tradition by some, to use week #4 so you have to get it right.

Usually a reading of the coaches comments, press conferences or skimming articles will give you the information that you need. If you can't confirm, do not guess. Move on.

What do we want to look for?

The best situations can be a young QB that needs his reps who is on the upswing as the established starter but the coach is still coaching him up. These type of situations can give you one whole half and sometimes into the third quarter with a starting QB playing.

That's what it comes down to...you want top QB play and or RB/WR play into the preseason game as long as possible. Newer coaches and young teams on the upswing often have the best opportunities or teams with solid backups.

Of course you also have to consider the skill positions he has on the field with him and if there is a good young running back that needs to make a statement game for the regular season opener all the better, but it seems that this is becoming a rarer event than in the past with the emphasis on the passing game more than ever.

What I'm trying to get across isn't so much a strict formula but I'm teaching you the mindset of the "types" of things you want to consider and look for. Some of you may already look at these things and that is fine, but this is a handicapping 101 article that talks to the basics. We will build from here.

There can be many variations of what I just described but the take home message is look for "situations" which will give you better and motivated talent on the field for the longest possible time, in hopes of more scoring than your opponent with his 2nd or 3rd string QB playing the whole game with scrubs.

For instance...if it's 1993 again, and Mike Holmgren just said in his press conference that he wants to play Brett Favre well into the 3rd quarter with the starting offense to make sure the kid is ready for the opener...well there you go.

It's never that easy but at some point there are opportunities that are like that if you do the work and the reading, and have the imagination to think and find the opportunities.

Yeah no kidding, this is starting to get complicated. What if the coach wants the starters to play on offense but is going to play the scrubs on defense to find out who he has to cut?

I didn't say this was easy...try to rule out an obvious situation first such as an injury riddled defense or a bad defense still trying to figure out position battles.

In general, If I find a very good situation with the offense and there isn't reason to believe the defense will be a mess,  I just go with it in a preseason game as some of this is still unpredictable.

You pick your best spots, let good situations come to you and don't chase bad preseason opportunities just to have a wager. Sometimes it doesn't work out for a wager...let it go...the regular season is coming.

What are you doing betting on a Preseason game anyway? ;-)

In Part 2 we will take this a step further and look at coaching records breakdowns and try to nail down an opportunity for this upcoming week.